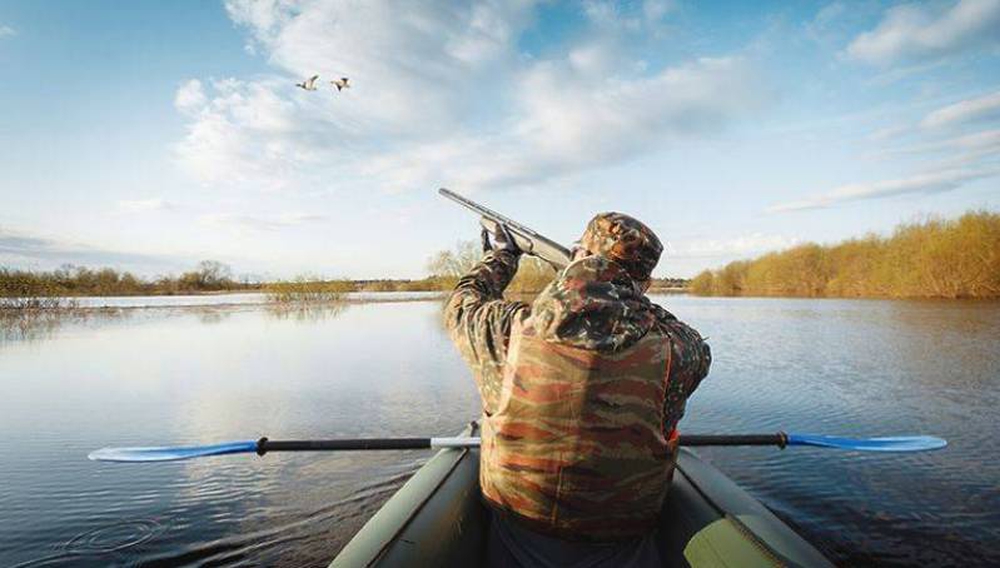 “Russia is turning into a hunting ground for rich sheikhs”

A large-scale project to create centers for breeding Red Book birds in several regions of Russia (see details in the article “Gyrfalcons are being prepared for high flight” in the Kommersant newspaper) can cause serious harm to natural populations, so it is necessary to establish a legislative framework and a system of environmental control, believes Sergey Ganusevich, biologist, head of the non-profit organization “Wildlife Rescue Center”. Thanks to his efforts, about a hundred falcons of rare species (gyrfalcon, saker falcon, peregrine falcon), which were withdrawn from illegal circulation, have already been released into nature in Kamchatka, Altai, Yamal, Tuva and the Kola Peninsula. ...

Read the full text of the interview on the Elementy.RU website (in Russian). Below is English translation of the original interview.

– Sergey Alexandrovich, please tell me what you think about the project of creating falcon centers in different regions of Russia? The Minister of Natural Resources and Ecology said that the falcon center in Kamchatka will “help restore the population of rare birds”, but birdwatchers have a different point of view. What are your concerns?

– I believe that this project should be considered from the point of view of the presumption of environmental hazard. It can harm natural populations. The project is huge, it will go to the hundredth scale of gyrfalcons reproduction. Of course, an ecological expertise is needed here. This was discussed after the Eastern Economic Forum in Vladivostok, but now everything is blurred.

Gyrfalcon is one of the species most valued by Arab falconers. Russia is the only supplier of gyrfalcones for falconry, the only source of their natural blood both for the Arab market and for nurseries in other countries. And therefore, of course, everything is aimed at obtaining legal livestock from Russia. Previously, it was exported by poaching, smuggling, and the new nurseries will allow, absolutely legally, with the permission of Rosprirodnadzor, to acquire this blood for both Arabs and other importers. I tried to oppose the plan to create a falconry center on the territory of the Gyrfalcon habitat, arguing the obvious threat to the natural population of the Gyrfalcon in Kamchatka, but the expert community did not support me.

A coherent concept of a falconry center in Kamchatka is still unknown. In the fall of 2019, I wrote two open letters to the president hoping to get clarification on this project. At first it was announced that in this nursery they would breed gyrfalcons and release them into nature. I raised a question about the origin of the breeding stock, but did not receive an answer. Now everything is veiled. How will the population of the gyrfalcon be restored is not indicated anywhere.

– That is, the project is not transparent?

– Completely opaque. Moreover, it does not take into account expert opinions. Until now, in his crude concept, birds of prey are called “breeds”. In general, complete nonsense. According to my feelings, specialists were not involved in the development of the concept. Nurseries are supposed to be opened in key nesting grounds of the natural population of the gyrfalcon: Kamchatka, Yamal, Sakhalin, Chukotka, Magadan Oblast, as well as Altai, where the Saker Falcon morphs most valued by Arab falconers live. In my opinion, this is unacceptable – the risks for natural populations are too great.

– What are the risks?

– Most likely, individuals will be removed from nature to form the livestock of the nursery, it is also possible that they be involved in illegal circulation that could be counteracted by a proper system of control over the activity of nurseries, which is practically absent in Russia. The justifications on the part of the functionaries who open this nursery are completely unconvincing. Say, the Arabs will know that the birds from this nursery breathed the air of Kamchatka. Well, in my opinion, a very weak argument.

– And if you are smart enough to open falconry nurseries?

– If you are wise, then you shouldn't go into the bird habitat. For example, Vitasfera, a private falconry nursery in the Moscow region, recently received CITES1 certification. Now it is the first nursery in Russia that can export captive-bred gyrfalcons and peregrine falcons.

– Some media, for example “Argumenty i Fakty”, bravely write that the falcon center in Kamchatka will be the first in Russia. It turns out that this is not so?

– No, this is not true. There is a whole network of falconry nurseries in Russia. Many were founded back in the 1990s. You can treat them differently, but they exist.

– And how many are there now?

– I think about a dozen rather large ones. And now individual entrepreneurs from the falconry are joining, they are organizing their own small nurseries.

– Where they are? And what kind of work is being done there?

– In the Moscow region there is a “Russian Falconry Center” at the All-Russian Research Institute of Ecology and a private nursery “Vitasfera”, which I have already mentioned; there is a nursery “Galichya Gora” in the Lipetsk region, there are nurseries in Ossetia and Altai ... All of them are primarily engaged in breeding Saker Falcons with the aim of selling them to the Gulf countries, but I am sure they will soon start exporting gyrfalcons and peregrine falcons, the secretariat of the CITES convention already gives the go-ahead for the export of these species from Russian nurseries.

– How big is the population of gyrfalcons in Russia?

– When I wrote an essay on the gyrfalcon for the Red Book, I estimated the minimum number of one thousand pairs. Some colleagues were opposed. There are estimates – up to 3.5 thousand and even up to 5 thousand pairs. The fact is that the abundance of this species fluctuates greatly depending on weather conditions and food supply. I have been researching gyrfalcons on the Kola Peninsula for more than 15 years and I see that the population size in a particular territory can change by an order of magnitude: one year first, ten pairs, the next year – none. Therefore, I proceed from the assumption that it is better to give a minimum estimate.

– As far as I understand, even if birds of prey are set free in Arab countries, they no longer reproduce and multiply, but begin to attack each other fiercely?

– I have no such data. [Later, in a conversation with bird watchers, it became clear that this behavior can be characteristic of falcons raised in an incubator, trained to hunt with people and subsequently released into the wild. - AO]  On the contrary: my colleagues in Yamal, for example, have repeatedly observed that the peregrine falcons with Arab capes return back. They remember their homeland – animals find their way home better than we do. If a chick grew up in a nest, it imprints its territory. I am sure that such a bird will strive for its homeland in any case, find it, if it has enough strength, and will try to look for a pair and nest.

– As far as I understand, there are little hopes that the authorities will listen to biologists? In December, the president signed a bill that, according to experts, essentially legalizes hunting for rare animals under the guise of monitoring their numbers, and in the fall of 2019 he personally presented Kamchatka gyrfalcons to the king and crown prince of Saudi Arabia.

– If this thing were limited to gifts, it would not be so dangerous for natural populations. I want to remind you that once the first person of our state was engaged in a special way to protect this species. Aleksey Mikhailovich (Russian Tzar) established protected areas where the gyrfalcon bred – Seven Islands in the Barents Sea. There were special people who could be engaged in the falcon mining for the royal court. No one, except them, had the right to penetrate the nesting territory, disturb these birds - this was terribly punished. And now Russia is turning into a hunting ground for rich sheikhs: there will be someone to hunt and with whom to hunt.

– Still, falcon centers are official institutions. Their activities, one way or another, are in plain sight. Can scientists agree with their leadership, in your opinion?

– I will say a very important thing: there is nothing in our legislation that would allow us to control the activities of falconry nurseries. There are no regulations – neither on the tagging of birds, nor on the control of breeding, nor on the control of genetic links. And what is not prohibited is permitted. The activities of any nurseries, both existing and new, should be controlled. The control system should exclude, or at least make it as difficult as possible to remove illegally caught individuals from nature. There should be no falsifications. This requires a legal framework. We do not have it now. In the regulations of Rosprirodnadzor, there is still nothing about marking birds and verifying the breeding process.

– And how to establish such control?

– A strategy for the conservation of the gyrfalcon and peregrine falcon is currently being developed. In addition to any “water”, there should be specific measures that would protect these species from human activities, including nurseries.

– Do you believe that dialogue is possible?

– Now I see that dialogue is impossible. New falconry nurseries will be created in the illegal field. And then, when they reach a large scale, it will hardly be possible to re-establish the legal framework. The lobby is very powerful. I think this is unrealistic.

– Then what can be done?

– Act preventively. Before allowing the construction of nurseries, it is necessary to create a legislative framework to control their activities. I hope that the opinion of the experts will still be taken into account.

1Convention on International Trade in Endangered Species of Wild Fauna and Flora. It has been operating since 1975. - Ed.