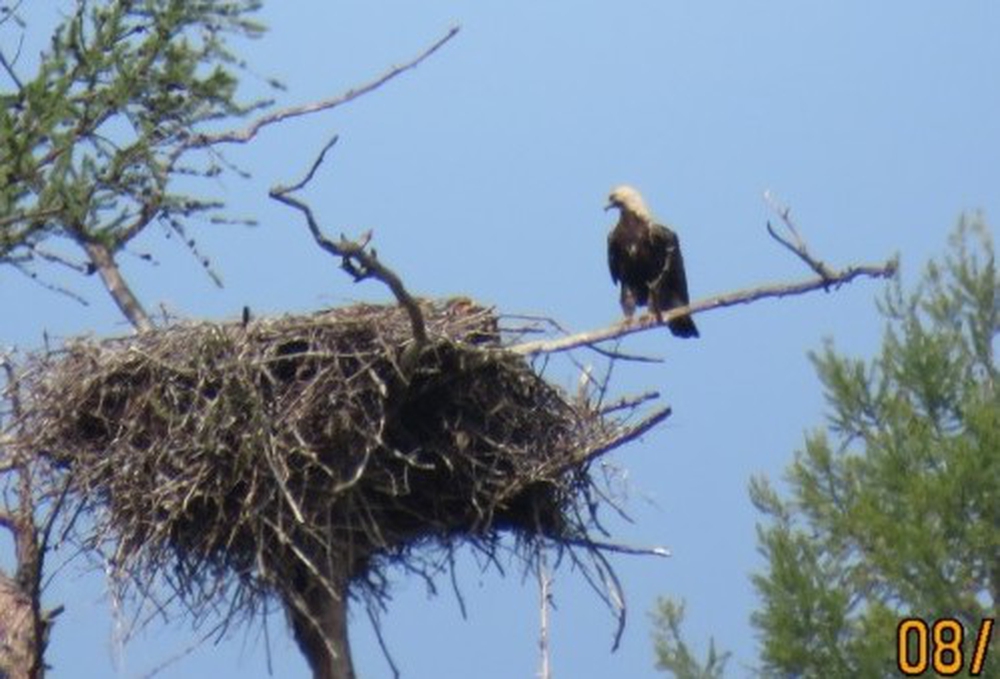 Worrying about the eagles

I am not only an “enemy of progressive mankind” (that part of it that, according to gray schemes, with the support of the authorities, builds up camp sites and cottages on the shores of Lake Baikal), but also an ornithologist. The main object of my research is the birds of prey of Cisbaikalia, primarily eagles. Of which the first place is occupied by the imperial eagle (its local name means “the grave eagle”, which I really don’t like, and even advocated the official renaming).

I devoted most of my time and energy to the “emperor”. This is a sacred bird of the indigenous peoples of the Baikal region (Buryats, Evenks). The center of the cult of the sacred Bald Eagle (its natural prototype is the “emperor”) is the Olkhon Island. I have been studying this feathered predator since my student days, I found the first nest in 1978. I caught the population of the Baikal region during its high abundance, then observed a catastrophic decline...

The results of long-term observations, illustrated by numerous photos, are posted here, tohether with the video film “Tsar Eagle”, filmed in 2005.

In recent years, I was not up to ornithology (for various reasons), but I try to continue observing the “emperor”. I "monitor" its nests in relative proximity to Irkutsk. Mostly within the Ust-Orda forest-steppe (between the Angara and Lena rivers). I do this with the participation of Jennifer Sutton. Until recently, our patriots considered it their duty to “make a nest” in London. Unlike them, Jennifer settled in Irkutsk back in the Soviet years and took Russian citizenship. She played a crucial role in the creation (and work) of the NGO “Baikal Ecological Wave” (in 2015 it was recognized as a “foreign agent”, and had thererore was forced to close).

Today we went “for the eagles” on June 13th. It was necessary to examine perennial nesting sites. The first one puzzled me. The nest that the eagles have occupied for the last 3 years was empty. Like the other building that was used even earlier. However, the male was sitting on his traditional perch. On the video - an eagle, then an old nest, located 70 meters from it.

Inspection of the slope, covered with dense forest, at first did not give anything. And suddenly I saw a bright eagle's head among the needles! Female on a new nest! The building is still small, thin, very poorly visible. Literally from just one point. After the female lay down, it became even more difficult to see the nest. Well, that means everything is in order here. We will come again in August to find out the result of nesting. 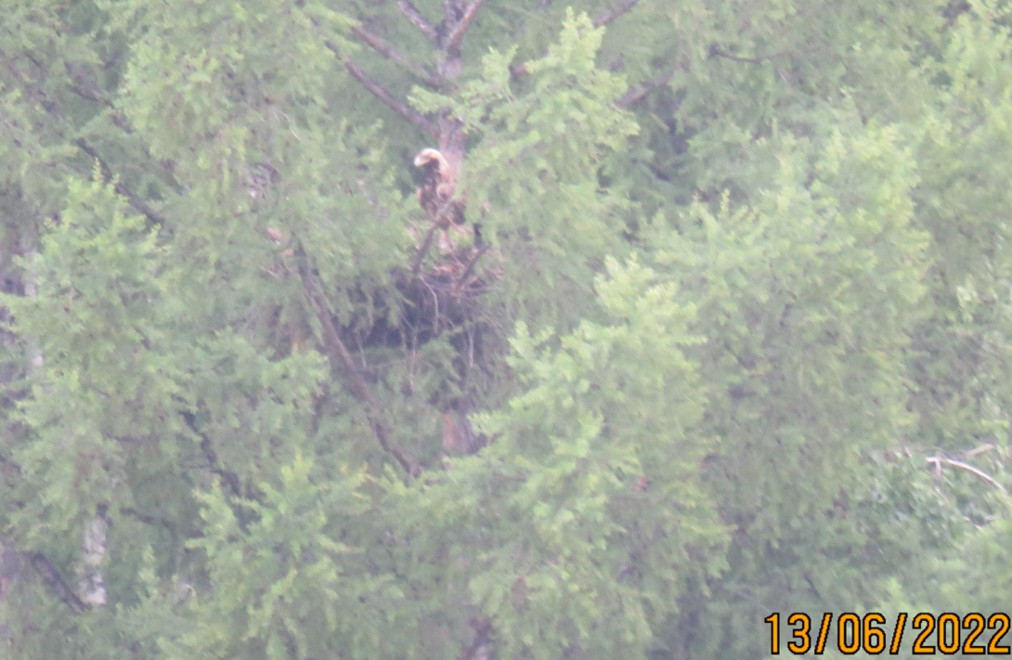 The other nest site also pleased me. In the nest, chicks covered with white fluff are clearly visible (at least two):

But then things got worse... In three areas that were inhabited a year ago, all the nests known to me were empty (there were 2–3 in each area). Eagles not seen.

It would be nice to drive around and observe. Suddenly, new nests are built at a considerable distance from the old ones (which is uncharacteristic). But the possibilities of Jennifer's “iron horse” are limited (I'm completely horseless) as well as our time. 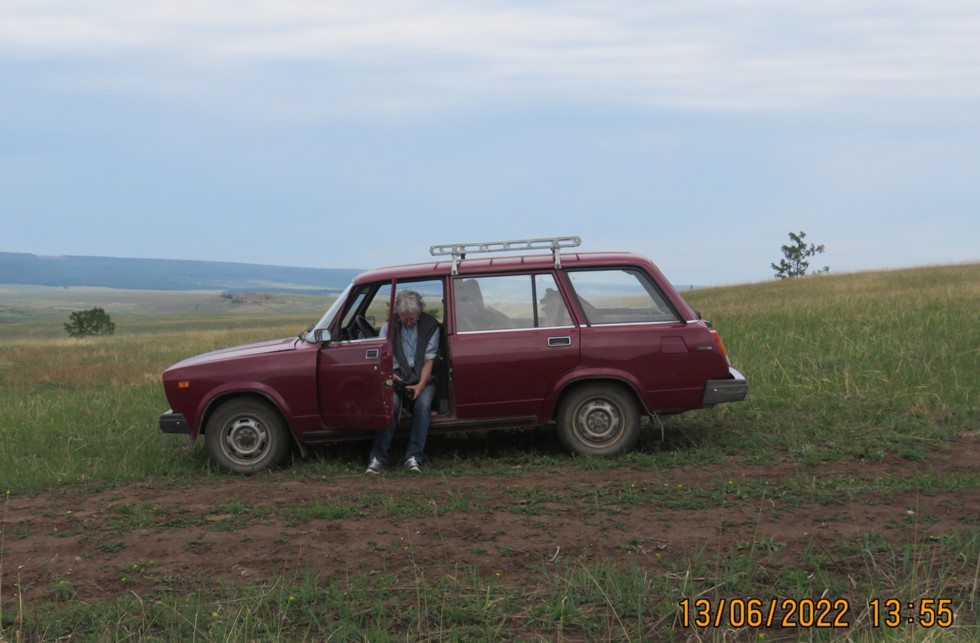 So, now in the Ust-Orda steppe we have three nesting sites occupied by eagles (one is py personal communication with Igor Fefelov, we did not have time to visit it) and three unoccupied ones. 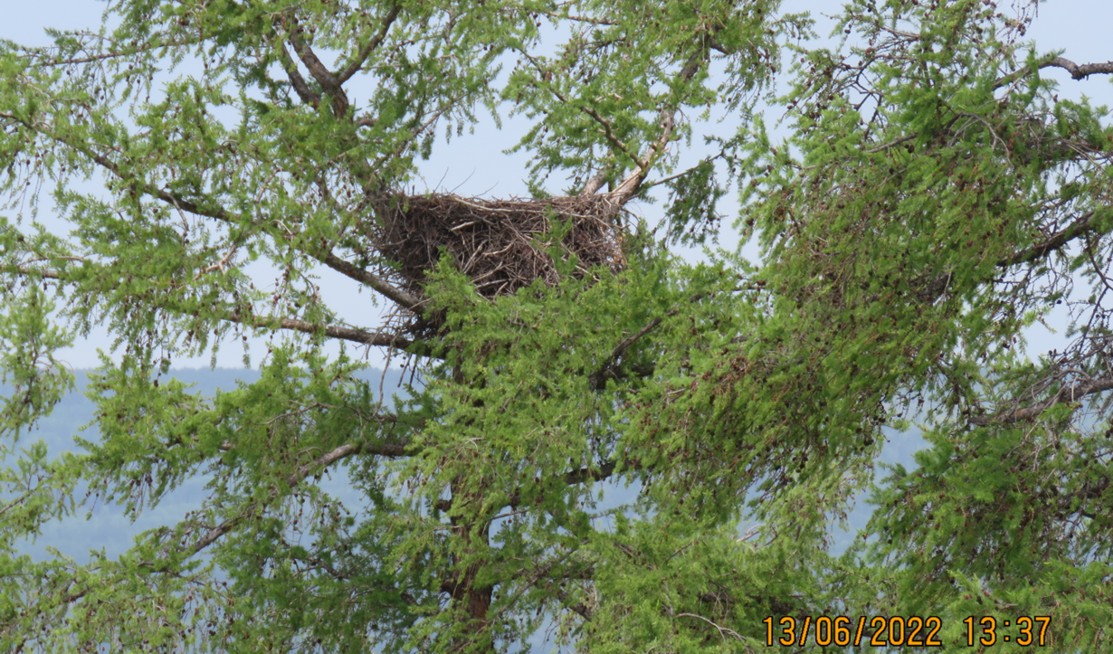 The last time we conducted a large-scale survey of the forest-steppe Cisbaikalia region was in 2018. And for the first time in three decades, the result was positive — there were signs of population growth, some nesting sites that had been empty for more than 20 years were reoccupied. The total number in Transbaikalia in 2018 was estimated at 25 pairs. Which was much better than the situation in 2012 (15 pairs).

Previously, most of the eagles nested in the Balagan-Nukut steppe, now it is the Angara-Lena interfluve that has come to the fore. In the area that we surveyed on June 13, in 2018 there were 7 residential nests. One of them ceased to exist in the same summer (it was knocked down by the wind, the chicks died) and since then the long-term site (nesting has been observed almost annually since the late 1990s) has been empty, no eagles have been observed. Three more are empty. That is, out of 7 nesting sites inhabited in 2018, only three remain today ... Very bad.

Most likely, an abnormally cold and rainy summer in 2021 led to a decrease in nesting success (there is indirect evidence). Maybe this was also the reason for the displacement of nesting pairs to new territories? And new nests were built at a considerable distance from the old ones. Usually the distance between nests in one nesting area does not exceed 2 km (in the vast majority of cases — within 1 km). And what if the process of reducing the number of the unique (the only one wintering in Southeast Asia) easternmost population of the “emperor” resumed and accelerated?

A new survey of the entire steppe Cisbaikalia is needed. But "for what shisha"? In 2007 and 2018, research was carried out thanks to a Scottish colleague, Stuart Miller. Now he can't even do that...