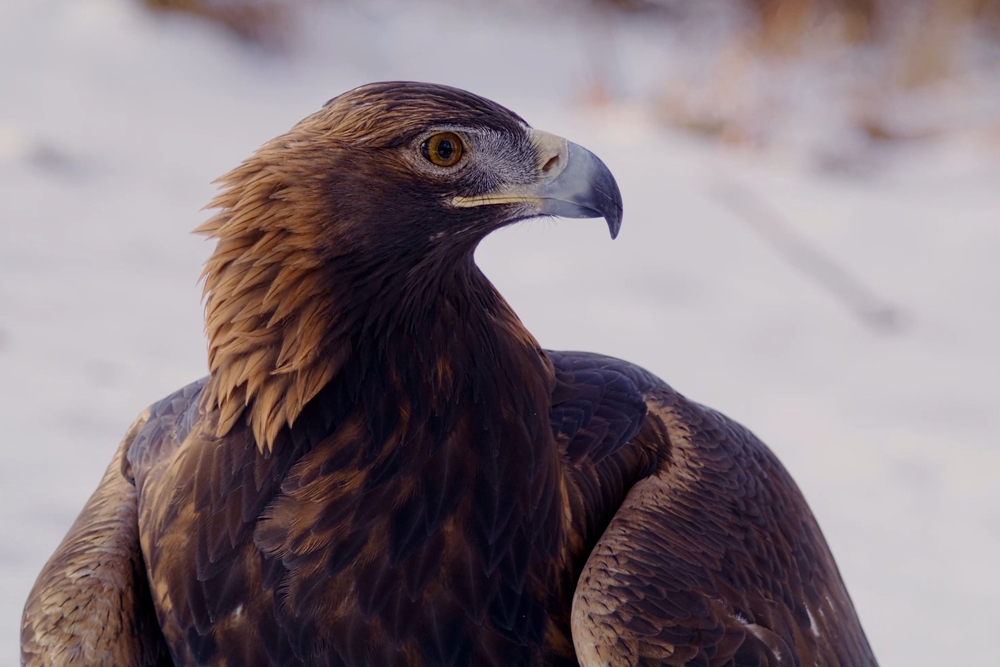 A new documentary film takes viewers into the field in the Big Horn Basin of Wyoming as a team of researchers studying Golden Eagles works to study and protect the birds. From climate change to sprawl, invasive species to disease, lead poisoning to energy development, the magnificent birds are under threat from many directions and are a species of serious conservation concern.

The film, Golden Eagles: Witnesses to a Changing West, follows conservation ecologist Charles Preston, who for years served as the founding and senior curator of the Draper Natural History Museum in Cody, Wyoming. Preston, author of the 2004 book Golden Eagle: Sovereign of the Skies, leads the team as they rappel down cliffs into eagle nests to place leg bands on the birds. Never-before-seen footage of charismatic, adorable eaglets (such as the photo below) is paired with compelling narration to further the conservation message.

Cinematographers Melissa and David Rohm carefully constructed their vision for the film by capturing unique and stunning portraits of the eagles and their habitat in the sagebrush steppe. Gorgeous aerials of the ecosystem, footage of grizzly bears and coyotes, and dramatic landscapes show the diversity of the habitat.

“Filming in this wild, underappreciated landscape was a challenge,” said producer and cinematographer David Rohm. “But our footage of Golden Eagles and the people who dedicate their time to save them makes a strong case for conservation. It’s an honor to be able to tell this story.”

Narrated by renowned naturalist and author Kenn Kaufman, this beautiful documentary, filmed in UHD 5K and 6K and shot on RED cinema cameras, makes the viewer feel like they’re in the field with Preston for an intimate look at the birds and the science that can help save them.

Go behind the scenes at wildlife rehabilitation centers where eagles are treated for lead poisoning and hear stories of Indigenous peoples’ connections to the Golden Eagle, told by a member of the Crow Nation.

The film is slated to be shown on public TV stations this year. Watch the trailer on the Instagram page of Wild Excellence Films and learn more at goldeneaglefilm.com.